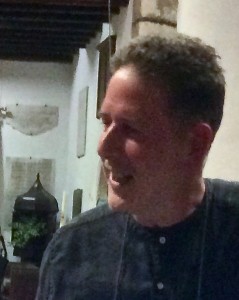 Jonathan was educated at the Purcell School of Music where he studied piano, composition and conducting. He subsequently trained as an operatic Bass and studied all aspects of opera with Else Mayer Lismann. On the latter’s death in 1990 he became Artistic Director of the Mayer-Lismann Opera Centre. He has pursued a busy professional career as opera singer, Director & lecturer. He has also sung widely in concert and oratorio including at the Queen Elizabeth Hall, Purcell Room, Sheldonian Oxford, & Dome, Brighton. He has lectured extensively on opera including for Glyndebourne Opera, & the BBC, and has toured throughout the USA promoting his books on Wagner and Verdi (Ashgate Press). Jonathan was Director of Sterts Theatre in Cornwall 2000-2007. He currently pursues a busy freelance career and is delighted to be MD for 3 local choirs including Rame MVC, Keltique & Tamar Concert Choir. 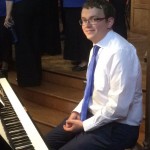 I have been interested in music from a young age I joined the church choir at 7 and started to play the piano and church organ from the age of 11. I took organ lessons from the then church organist at the church, Mrs Lane and then from Philip Liddicoat and latterly David Crocker. I am currently the organist at St Nicholas Church in HMS Drake in the dock yard in Devonport. I was the director of music at The Church of the Holy Spirit in Southway, a post I held for 14 years and am one of the organists at St Mary’s church in Tamerton Foliot. I am also the Musical Director for the Plymouth Catholic Choir. Music is a great hobby for me, and I am really enjoying my time with the Tamar Concert Choir, it is totally different to any sort of music genre that I am used to. For my day job I am the Music and Liturgy administrator at Buckfast Abbey. I am engaged to Ella, who I met at the concert choir and we are due to be married in June 2022.